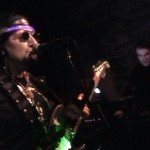 VON LMO – You Axed For It 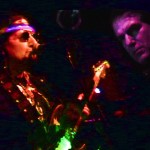 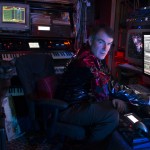 Otto von Ruggins and Shadow in the Studio

Otto von Ruggins at the Keyboards 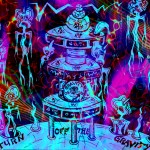 TURN OFF THE GRAVITY 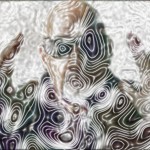 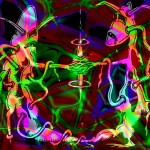 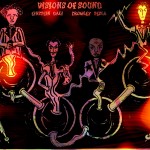 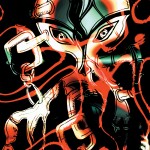 The Minister of AVANT DUEL 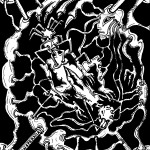 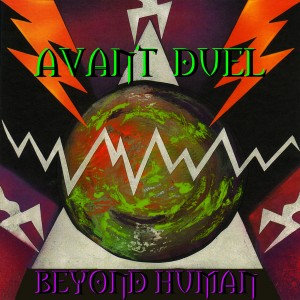 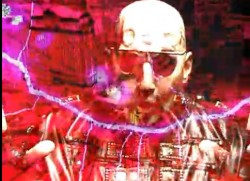 VON LMO (pronounced VON ELMO) is an extraterrestrial hybrid. His ancestors came from a planet called STRAZAR. He has been reincarnated many times from the beginning of his teleportation to Earth. There is no age or time element in this reincarnation; therefore, his appearance is ageless and timeless. He is the original Steampunk. VON LMO is a multi-instrumentalist, composer/songwriter and lyricist. He is one of the founding fathers and pioneers of No Wave/Post Punk Rock/Industrial/Space/Heavy Metal. The DAILY NEWS called VON a NY institution. It has been said from the many reviews, critics, and just plain word of mouth throughout the four corners of the Universe, that VON LMO is without a doubt the most revolutionary musician on the face of the Earth. He is truly a Renaissance Man, a leader of his own visions - far beyond the future of the Arts & Sciences. He has invented the renowned Metaphysical Scientific Formula X + Z = 0, the equation that adds up to everything, which equals nothing. This formula has achieved great cult following, deep throughout the Underground music world. Somewhere in Germany, a very prosperous production company has named the company after the formula X + Z = 0. In the late '70s, VON put together one of the most radical cult bands in the world - RED TRANSISTOR. They broke every rule in music. Then VON took things into his own hands and started the VON LMO band. In 1981, he started the independent label STRAZAR and released the FUTURE LANGUAGE LP. This album was considered one of the greatest heavy metal/space rock releases in the world. In fact, Chuck Eddy, a leading critic and writer for Rolling Stone Magazine put out a best-selling book called THE GREATEST 500 HEAVY METAL ALBUMS IN THE UNIVERSE. Along with Jimi Hendrix, The Stones, Led Zeppelin and Motorhead, just to name a few, VON's FUTURE LANGUAGE made the list. VON released several albums after FUTURE LANGUAGE on Peter Crowley's Variant Records label. VON was the first to use Power Tools on Instruments as a source of Sound & Visuals. JULIAN COPE declared his work as Genius. He is a 21st century Psychic Visionary & Creator of Cosmic Inanimate Art. He is a Professor of Surrealism & a Master of the Avant Garde - A Metaphysician & Consultant to the Extraterrestrial Cosmic Forces throughout the Universe. In short, VON LMO is working on a Blueprint for a better Universe! 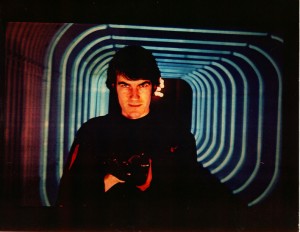 Otto von Ruggins, self-proclaimed Master of the Unheard Øf, was born on the 24th of July on a leap year, so his birthday is really July 25th (Christmas In July). His first experience of rock'n'roll was watching the Dick Clark countdown on Friday nights with his older sister. Seeing Jerry Lee Lewis banging the piano and his stage performance made him want to make music, so he took piano lessons, but stopped ‘til The Beatles showed up playing their own instruments. It was probably The Dave Clark Five that inspired him to close his savings account and buy a Vox Continental Organ. Otto's first band was 'From Down Under' (no relation to the land of Oz, as he was expressing the concept of 'underground' before there was one). They played original songs and a repertoire that included early Animals, Who, Yardbirds, Them and Small Faces. What followed next was 'Christmas In July' (he really isn't an egomaniac). His first encounter with VON LMO was at the Village Theater where VON announced that he had just challenged Keith Moon to a drum battle. Otto got backstage and this was confirmed when The Vagrants' drummer said some crazy guy had indeed laid down the gauntlet. Soon after, VON LMO encountered Otto chasing a butterfly without a net. Next came 'Funeral of Art', with VON on drums and a concept of getting the 1% to donate their ‘worthless’ art to be burned onstage, but when that didn't work, Otto conceived of the band playing inside a giant computerized box with cameras projecting their performance onto large screens - before it was possible. Always ahead of the times, these futuristic plans were a foreshadowing of what is now termed Steampunk. Otto & VON went off to England, following the path of Jimi Hendrix. They recorded demos with an ex-Procol Harum bassist, but couldn't get signed and VON & Otto went in different directions when they returned to NY. Otto first played synthesizer at Shea Stadium during the Avant Garde Festival in 1974. His sounds attracted such crowds that he describes the effect as feeding pigeons. By the mid-70s, VON LMO & Otto were back together in 'Kongress'. A first gig at CBGBs generated a review in Variety - "Kongress is a band who expect a lot of auditors." Then the IRS audited Otto." Soon, it was off to Max's Kansas City, where booking impresario Peter Crowley introduced Otto to pictures of one Geoffrey Crozier who really was a Magician from Oz. They jammed together with Geoffrey, but VON went home, broke his leg and was not there at Max's for the first gig with Geoffrey, which Peter claimed nobody could have followed - not even Kiss or Alice Cooper - and the crowd response was better than for the NY Dolls. Punk Magazine dubbed them, “The most dangerous band in the world.” Another turning point came at a gig at The Place in NJ. The first set ended with Geoffrey throwing a chair at VON LMO to get him to stop playing drums. VON returned the favor, throwing his drums back at Geoffrey. That was VON's last gig with Kongress. Otto then got together with Kongress guitarist Robert Crash and put out an EP, 'Movie Viewers', that came w/ 4D glasses & a double groove. Amazingly, it has come back full circle with Otto von Ruggins and VON LMO together again in the 21st Century, as the ultimate Cosmic Rock duo, AVANT DUEL. They have just unleashed their first masterpiece called - BEYOND HUMAN. Not too long ago, Hello Music declared of their 'Parallel Universe' that AVANT DUEL is "...on the cusp of greatness" and that their "music is its own art form" with comparisons to Daft Punk, & Kraftwerk. All that and they hadn't even seen the video, which you can see here NOW & on YouTube!